The other day I was reading a fascinating new paper by Center faculty affiliate Kristin Goss and her co-author, Matt Lacombe, Do Courts Change Politics? Heller and the Limits of Policy Feedback Effects. One of the things they said got me thinking about the trendline of amicus briefing in the three Second Amendment cases that have had merits-stage briefing and oral argument in the Supreme Court: District of Columbia v. Heller, McDonald v. City of Chicago, and New York State Rifle & Pistol Association v. City of New York. Using SCOTUSBlog, I counted up the share of the amicus briefs in these cases supporting each party (and neither party). 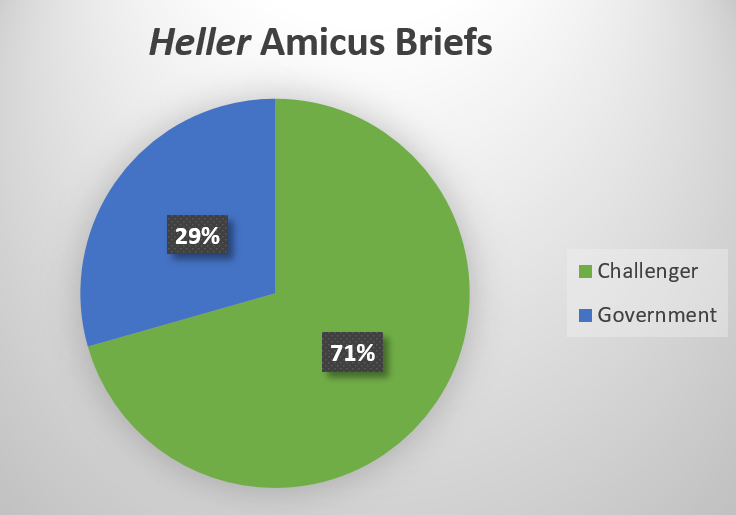 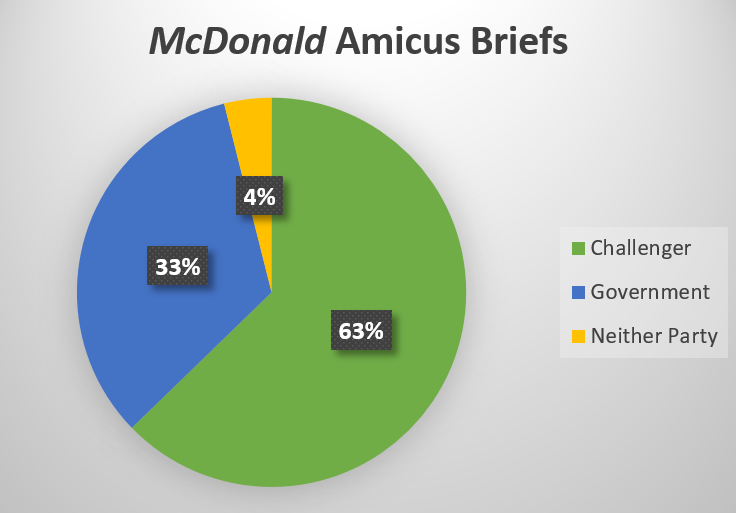 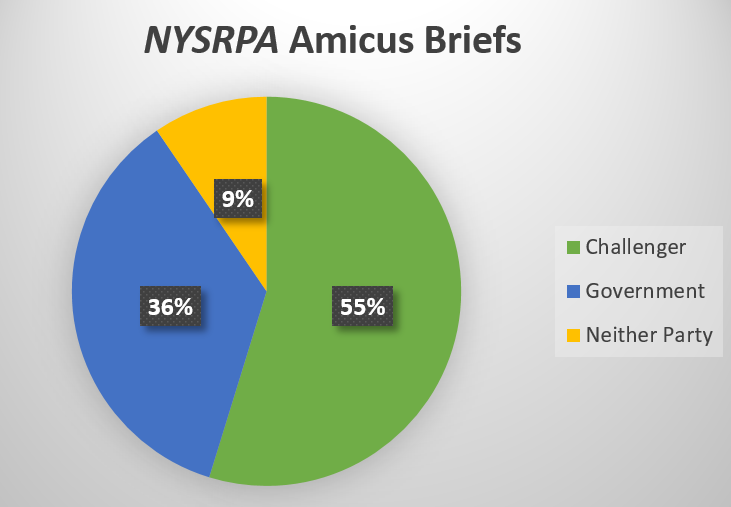 There are a few interesting observations–to me at least. First is that the overall number of amicus briefs seems to be declining in these cases (see chart below). Second, the percentage of briefs supporting the government seems to be increasing. And third, the briefs in support of neither party are on the rise. Of course, with a grand total sample of 3 cases, none of these observations are tell us much in isolation. Each can probably be explained by idiosyncrasies with the cases more than with any overarching theory about shifting public or legal opinion on these questions. But the data are interesting nonetheless for those thinking about Second Amendment advocacy at the high court. A few caveats on that data: I counted up the briefs on SCOTUSblog, and it’s possible there were other briefs not recorded there or that I simply miscounted; it’s common for multiple organizations/entities/individuals to join together in one brief, so the total number of briefs does not always tell the full story; briefs filed in support of a party have varying degrees of support–they might support the government because they believe the case is moot, not because they believe the law satisfies the Second Amendment (as in NYSRPA), or they might support the government because the lower court applied the wrong standard but was right on the meaning of the Second Amendment (as in Heller). Even with all those caveats, the data here might be useful as more Second Amendment cases reach the Supreme Court in the coming years. 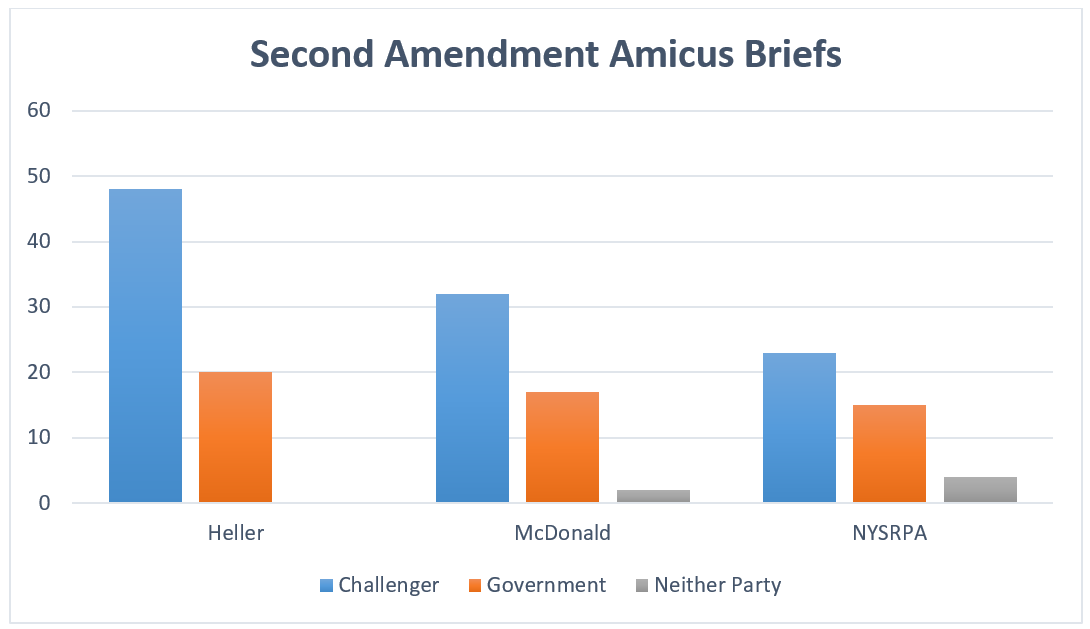