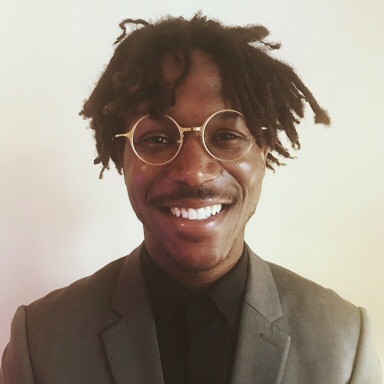 Joshua Aiken is a J.D./Ph.D. in History and African-American Studies at Yale, where he is supported by the Steven Esposito Memorial Scholarship from the Point Foundation. His broader research interests relate to the rule of law, social control, and state-sanctioned violence since the late 19th century. His work has been published in Transgender Studies Quarterly and The Hill, presented at the American Studies Association, and cited by The New York Times. He previously worked as the Policy Fellow at the Prison Policy Initiative, received his M.St. in History and M.Sc. in Forced Migration Studies from the University of Oxford, and graduated summa cum laude from Washington University in St. Louis. He is also a published playwright, poet, and Cave Canem Fellow.

His dissertation project, tentatively titled The Armed Individual: Race, Guns, and the Rule of Law focuses on the relationship between firearm regulations, racial hierarchy, and social life in the United States since the Civil War. It considers how the legal rights and entitlements of the arms-bearing citizen have changed over time, paying specific attention to how gun control has been framed and interpreted in legislatures, courtrooms, and everyday public life. He looks at the history of firearm manufacturers like Smith & Wesson, the politics of organizations like the Black Panther Party for Self-Defense, and the narratives behind and beneath Second Amendment jurisprudence in order to study how state-sanctioned violence relates to the rule of law. Using a set of case studies—structured around the passage of state laws related to public carry, federal laws criminalizing firearm-related crimes, and a constitutional notion of armed self-defense—he examines how certain forms of gun violence have become normalized features of American democracy. He considers how armed resistance, policing, and property rights have shaped notions of danger and safety through both the rights of armed individuals and restrictions placed on firearm ownership and use. Against the backdrop of the Supreme Court’s revolution in Second Amendment jurisprudence in 2008 and the potential for more litigation to come, he argues that ideas related to anti-blackness, settler colonialism, white domesticity, and social order are integral to understanding the present legal and political climate surrounding constitutionally-protected rights related to firearms. This project operates at the intersection of black studies, critical legal studies, and political theory, and ultimately asks what history can tell us about the state’s obligation to its citizens in a society where there are more guns than people.