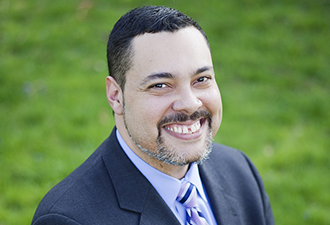 Center Faculty Co-Director and Melvin G. Shimm Professor of Law. Miler writes and teaches in the areas of civil rights, constitutional law, civil procedure, state and local government law, and legal history. His scholarship on the Second and Thirteenth Amendments has been published in leading law reviews and has been cited by the Supreme Court of the United States, the United States Courts of Appeals, the United States District Courts, and in congressional testimony and legal briefs. With Joseph Blocher, he’s the author of The Positive Second Amendment: Rights, Regulation, and the Future of Heller (Cambridge University Press, 2018).

On October 1, the University of California at Davis Law School, in partnership with Giffords Law Center, put together a fabulous hybrid in person/virtual symposium:  “The 2nd Amendment at the Supreme Court: ‘700 Years of History’ and the Modern Effects of Guns in Public.”   There were some terrific panels, and I learned a lot from […]

Bostock, Textualism and the Meaning of “Bear Arms”

This week, in Bostock v. Clayton County, the Supreme Court held 6-3 that discrimination “because of sex” in Title VII of the Civil Rights Act of 1964 includes discrimination against gays, lesbians, bisexuals and transgender persons.  The decision was a huge victory for LGBTQ equality, but I want to discuss its implications for Second Amendment […]

What happens when the person you “stand your ground” against turns out to be a police officer trying to do his job? On August 20, 2015, John Derossett engaged in a forty-round gunfight with plainclothes deputies of the Brevard Sheriff’s Office.  They were attempting to arrest Derossett’s adult niece for prostitution following an undercover sting […]

Posted by Dave Fagundes and Darrell Miller on May 13, 2020

The city is an increasingly common site of contestation for the right to keep and bear arms. Historically, much of gun regulation has been local, such as laws preventing the carrying of firearms into courthouses and schools or requiring that individuals obtain a license or provide a particular reason to carry a weapon.  As a […]

At the end of April, the Center for Firearms Law was delighted to host a colloquium on the topic of Localism, Popular Constitutionalism, Preemption, and Firearms.   Veterans of state and local government law and constitutional law,  as well as new voices, all convened (via Zoom) for a wide-ranging discussion on the intersections between local regulation, […]

McGinnis and the Dubitante Opinion

Last week Jake highlighted this Fifth Circuit opinion, United States v. McGinnis, in which Eric McGinnis raised a Second Amendment defense to his conviction under 18 U.S.C. § 922(g)(8) for possession of a firearm while subject to a domestic violence protective order.  Judge Stuart Kyle Duncan applied the two-part framework for Second Amendment challenges that […]

Incidental Burdens in a Pandemic

Nationwide, state and local officials have issued emergency orders closing vast sectors of the economy in order to prevent the spread of coronavirus.  Gun rights advocates have responded with lawsuits claiming, inter alia, that the Second Amendment exempts them from these orders.  Their argument, in essence, is that the right to keep and bear arms […]

In 1720, writer and self-designated medical expert Joseph Browne published his A Practical Treatise of the Plague, in which he extolled the benefits of the “firing of Guns, especially Cannon” to “purify” an atmosphere laden with pestilence.  In recommending this approach, Browne had significant company.  It appears that igniting gunpowder had been the folk medicine […]

More on Text, History, and Tradition and NYSRPA

Much of the oral argument in NYSRPA v. New York City dealt with mootness: whether there was even a case or controversy before the court, as required by Article III of the United States Constitution.   But someday, whether in NYSRPA or some other case, the Court will have to address the question of which method […]

The Anti-Carolene Court and Gun Politics

Nicholas Stephanopoulos has recently posted an article describing how the Roberts Court is fast becoming the “Anti-Carolene Court.”   The 1938 case United States v. Carolene Products Co. is famous, of course, for its footnote four, where Justice Stone articulates a theory of judicial review keyed to the need for judicial officers to intervene when there’s […]

As Michael S. Green wrote just after Heller was decided, a principal purpose of gun regulation, especially with respect to public carry, is to head off prisoner’s dilemmas.   Prisoner’s dilemmas are familiar problems in the literature on collective action, and typically take the following form:  Each individual acting in his or her own best interest […]

This past Thursday, I was delighted to participate in the 36th Annual Jefferson B. Fordham Debate at the University of Utah, S.J. Quinney College of Law in Salt Lake City.

On Thursday, in American Legion v. American Humanist Association, the Supreme Court held that a Latin cross installed over ninety years ago on public land to commemorate fallen World War I soldiers did not violate the Establishment Clause.    In doing so, Justice Alito, writing for the plurality, shied away from the much-criticized Lemon test and […]

“Second Amendment sanctuary counties”—counties that refuse to enforce state regulation of firearms—represent the latest skirmish in the seemingly interminable debates over gun policy in America;  debates that, more often than not, break along geographical, cultural, and political lines:  urban versus rural; blue versus red.