Illegal Firearm Possession: A Reflection on Policies and Practices that May Miss the Mark and Exacerbate Racial Disparity in the Justice System

Introduction Justifiably, there has been considerable attention and focus by the public, scholars, policy makers, and criminal justice and public health practitioners on violent crimes involving firearms. However, much less attention has been paid to the crime of illegal possession of firearms. Part of this reflects dramatically different definitions of this behavior across the states […]

From Self-Defense to Self-Deputization: Defensive Gun Use and the Performance of Reasonable Belief

Posted by Lindsay Livingston on January 7, 2022

In the past decade, three high-profile trials have revolved around a seemingly straightforward question: can a person take a gun to a location where they are reasonably sure that there will be volatility and even violence, introduce that firearm into a fight, shoot someone in the course of that fight, and then claim self-defense because […]

Posted by Margareth Etienne on January 6, 2022

The theory of interest convergence, articulated first by Professor Derrick Bell in a Harvard Law Review article, states that “the interests of blacks in achieving racial equality will be accommodated only when it converges with the interests of whites.”[1] Using the landmark school desegregation case of Brown v. Board of Education[2] as an example, Bell […]

Essays on Race and Guns in America

We are excited to begin rolling out the essays from the Center’s recent roundtable on Race and Guns in America. The essays are impressively rich and thoughtful, offering various descriptions and diagnoses (and some prescriptions) for the persistent problems that arise in a country flooded with guns and saturated with systemic racism. Starting tomorrow, we […]

The Disjunction Between Civilian and Peace Officer Firearms Training Requirements

Despite the deadly effects of firearms, ordinary civilians can often own and publicly carry them with far less training than is required of peace officers. A peace officer and a civilian are both capable and authorized by law to use a publicly carried weapon in a deadly manner. Yet, civilians can frequently access these deadly […]

I’m very happy that the video is now available from our terrific discussion last fall with Jennifer Carlson on her compelling new book, Policing the Second Amendment: Guns, Law Enforcement, and the Politics of Race. Drawing on local and national newspapers, interviews with close to eighty police chiefs, and a rare look at gun licensing […] 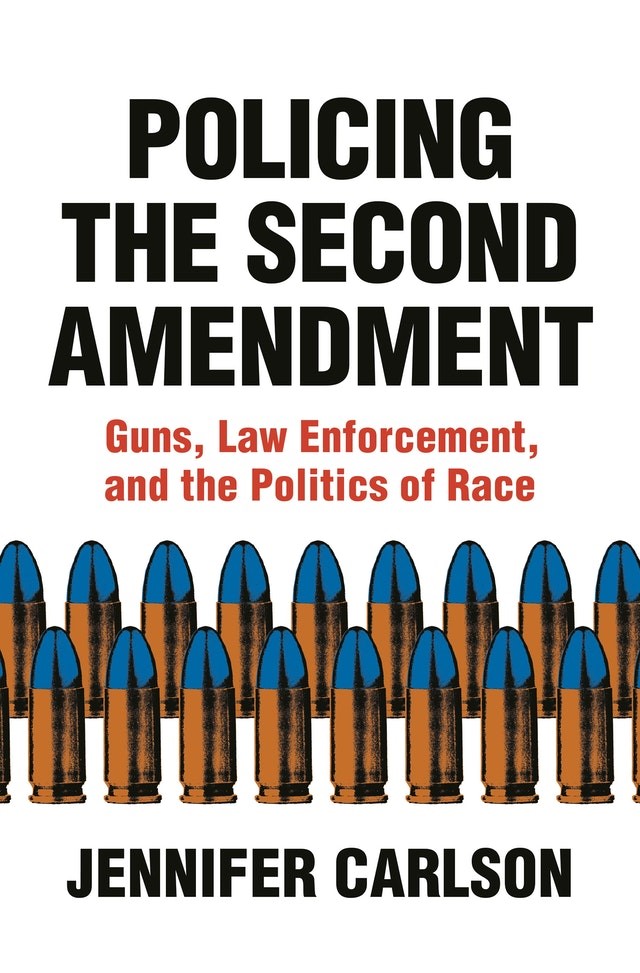 On Tuesday, November 10th from 12:30pm to 1:30pm the Center is hosting a book discussion with Jennifer Carlson, Associate Professor of Sociology and Government & Public Policy at the University of Arizona on her recently published book, Policing the Second Amendment: Guns, Law Enforcement, and the Politics of Race. Here’s a description of the […]

Turning Sheriffs Into Soldiers: A Quick Look at the 1033 Program

Since May, millions of demonstrators have taken to the streets to protest the killing of George Floyd and the countless other victims of police violence. In response, they’ve been met with armored vehicles, helicopters, and law enforcement officers decked out in tactical gear. With law enforcement agencies looking more like military forces than local policemen, […]