By Joseph Blocher on May 31, 2019 Categories: Scholarship, Second Amendment

Inspired by Dan Farber’s recent post on “The Trajectory of Environmental Law Scholarship: 1975-2018” (and others like this one by Roger Alford on international law) I searched for “second amendment” in Westlaw’s law journal database, restricting the results to various years or periods.

Even taking into account the massive growth of the Westlaw database itself over the years, the growing numbers of Second Amendment citations is pretty striking. From only a handful of citations in the 1950s, 1960s, and 1970s, the numbers start to increase in the 1980s and then explode throughout the 1990s and 2000s. 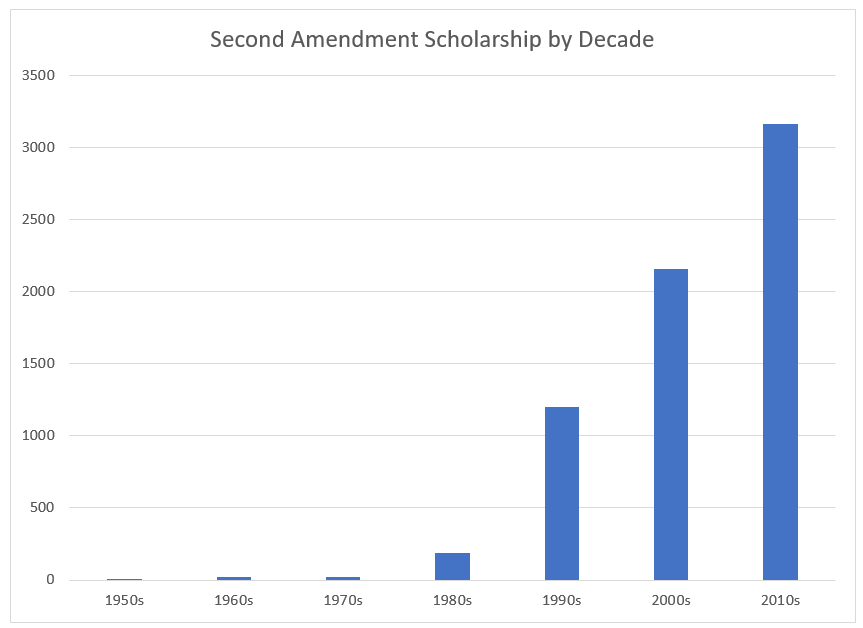 There are many possible reasons for these trends, including the ever-growing prominence of political debates over gun rights and regulation, the increasing use of constitutional and especially originalist rhetoric in those debates (as chronicled by Reva Siegel in her Harvard Law Review comment), the internal “revolt” at the NRA’s 1977 annual meeting, and the publication of Sandy Levinson’s seminal piece, The Embarrassing Second Amendment in 1989.

Of course, the Supreme Court’s 2008 decision in Heller was both a partial product of those trends—the Justices heavily cited legal scholarship—and helped shape them going forward. After a remarkably stable plateau in the leadup to Heller, the number of citations has more than doubled to another stable plateau since. 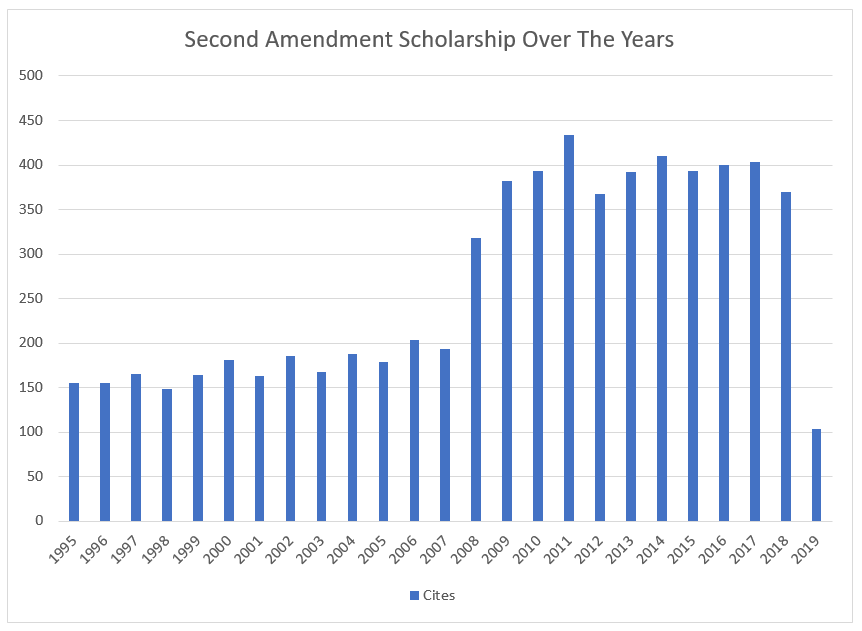 To be clear, these are just rough numbers; others have done more serious scholarly studies, like Bob Ellickson’s 2000 study of trends in legal scholarship, or Michael Heise’s 2011 empirical analysis of empirical analysis. The point here is just to provide a very broad-brush painting. The most important question is what the future holds. On that note, Dru Stevenson’s recent plea for more scholarship on firearms policy is worth checking out.