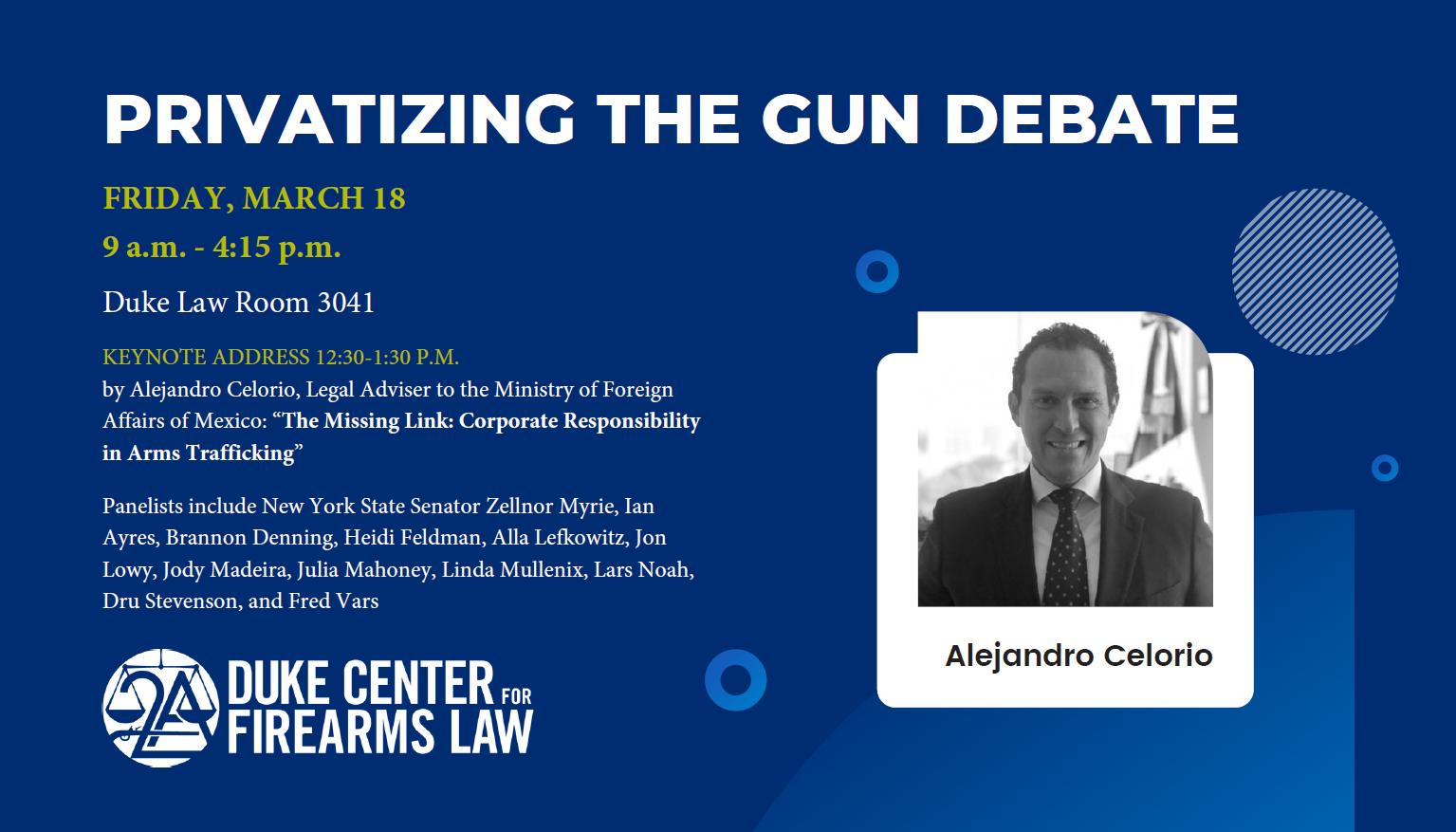 We are very excited to announce that the Center will be hosting a conference at Duke Law School on Friday, March 18th on the theme Privatizing the Gun Debate. The conference will explore the ways in which private actors are increasingly taking on a major role in the gun debate. These actors participate not just through public protests, advocacy, and lobbying, but also through more formal mechanisms like civil litigation and business policies.

The conference will convene scholars and practitioners for a series of panels to discuss several themes in the movement to regulate guns outside legislative channels. One theme will focus on civil lawsuits and tort law as a regulatory mechanism. Cases arise against gun manufacturers in mass shooting cases, like those stemming from the Sandy Hook and Sutherland Springs shootings, but also take place in other contexts. For example cities like Gary, Indiana have sued for harms caused by urban gun violence. Citizens have sued municipalities for failing to act to redress gun violence, such as the Powell v. Illinois lawsuit in Chicago. Furthermore, some scholars have suggested that businesses may incur civil liability for failing to permit guns on their premises. Related themes might touch on civil lawsuits against companies like Armslist that are blocked the Communications Decency Act or agreements like restrictive covenants that seek to keep guns off certain private property.

We have assembled a terrific group of distinguished panelists, including;

The keynote address will be delivered by Alejandro Celorio, Legal Adviser to the Ministry of Foreign Affairs of Mexico and is titled, “The Missing Link: Corporate Responsibility in Arms Trafficking.”

We anticipate livestreaming the event through the Zoom webinar format and will update this post with a registration link when it is available.