The Center’s September 2022 Symposium with the NYU Law Review

On September 23, 2022, the Center co-hosted a symposium in New York, in coordination with the New York University Law Review, on the theme of Gun Rights and Regulation after Bruen.

The symposium was a tremendous success and the Center would like to thank all those who participated, attended in person, and tuned into the live stream.  The keynote discussion regarding the racial justice implications of gun law enforcement post-Bruen featured Manhattan District Attorney Alvin Bragg, New York State Senator Zellnor Myrie, Steven Wu, Chief of Appeals for the Manhattan DA’s Office, and Aimee Carlisle of the Bronx Public Defenders.  The discussion, moderated by Professor Vincent Southerland of NYU, was witnessed by a standing-room-only audience on Friday morning to kick off the symposium.  The scholarly panels similarly produced high-quality conversation and debate about the Bruen decision and how courts will implement its new historical test.  The essays produced as part of the symposium will be published in an upcoming volume of the New York University Law Review.

Audio recordings of the symposium panels are available on YouTube at the links below, and a few pictures from the event are also included here.  Thank you to our partners at the NYU Law Review and to everyone who helped make the event a success! 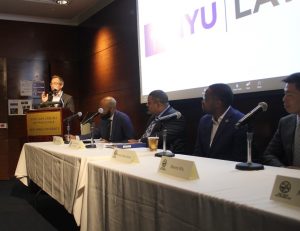 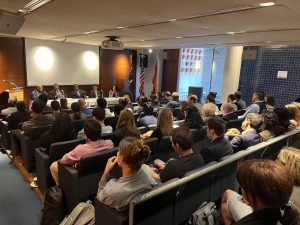 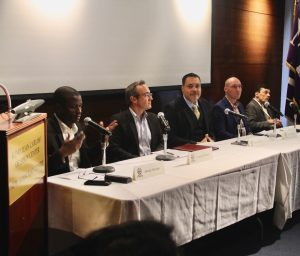