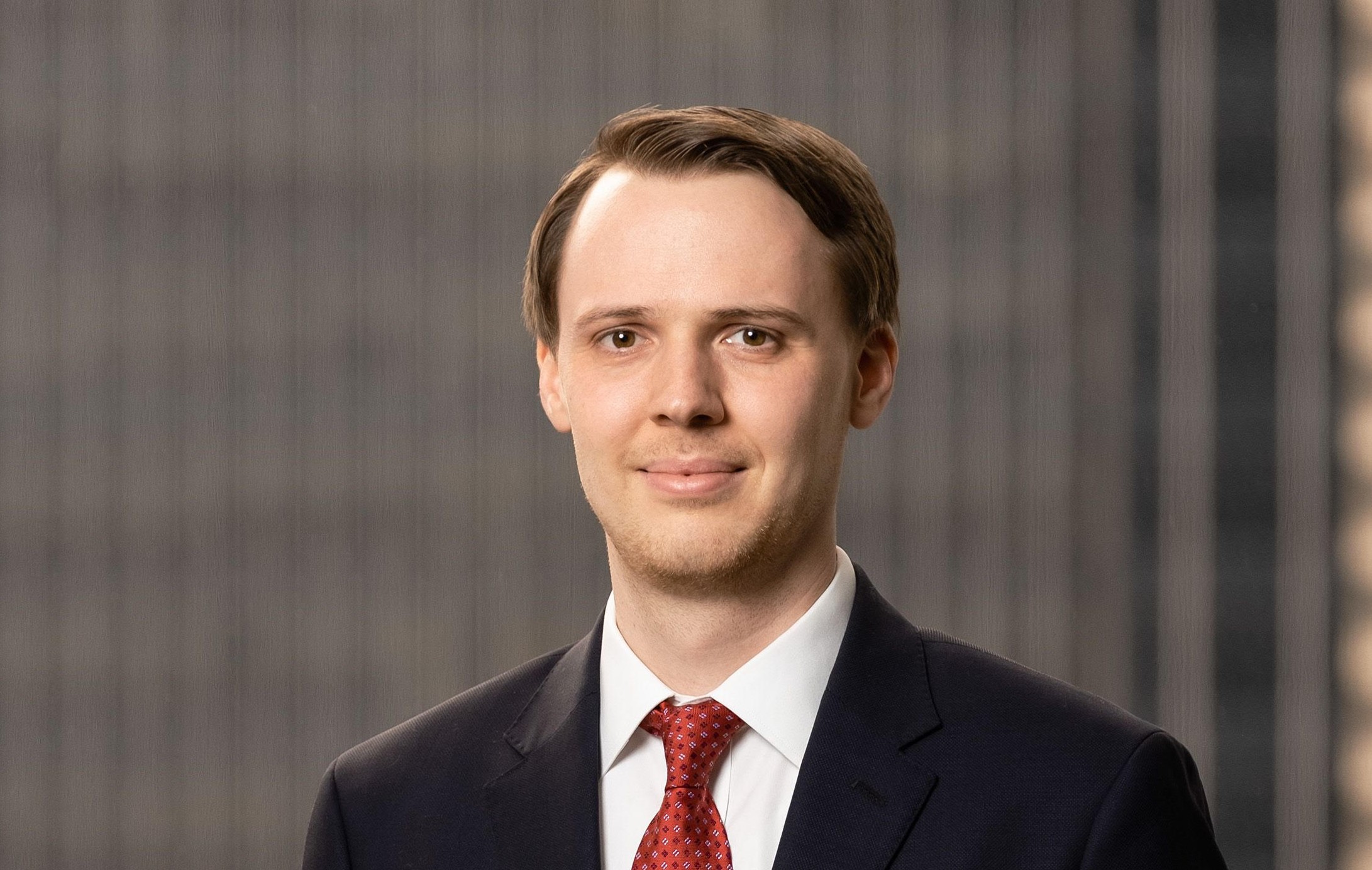 Willinger is the Center’s Executive Director.  He was previously a litigator at Patterson Belknap Webb & Tyler in New York, where he worked on complex commercial disputes and false advertising and defamation cases.  Willinger was also a law clerk to Judge William L. Osteen, Jr. of the Middle District of North Carolina.

Posted by Andrew Willinger on February 3, 2023

Posted by Andrew Willinger on February 1, 2023

The past few weeks have seen a host of new scholarship surrounding Bruen, which we will cover on the blog going forward.  In a new article, Lawrence Solum and Randy Barnett consider whether “the use of history and tradition in Dobbs, Bruen, and Kennedy [can] be reconciled with the Supreme Court’s embrace of originalism.”  Solum […]

On December 15, Senior District Judge Robert Miller of the Northern District of Indiana issued an opinion in United States v. Reyna rejecting a Second Amendment challenge to 18 U.S.C. § 922(k)—the federal prohibition on possessing a firearm with a removed, obliterated, or altered serial number.  The decision is notable, especially when compared to an […]

On January 9, District Judge Renee Bumb issued a decision in Koons v. Reynolds granting a temporary restraining order of certain sensitive-places prohibitions in New Jersey’s newly-enacted gun law.  That law was enacted in late December in response to Bruen, and among other things it designated a lengthy list of sensitive places where guns are […]

On January 18, the Court denied the application for emergency interim relief in Gazzola v. Hochul, after that application was referred to the full Court by Justice Sotomayor.  The Court issued a one-sentence order, but there was no separate statement as in Antonyuk v. Nigrelli.  Gazzola deals with restrictions on the commercial sale of guns in New […]

On November 16, Judge Aleta Trauger of the Middle District of Tennessee issued a decision rejecting a Second Amendment challenge to 18 U.S.C. § 922(n), which prohibits receipt of a firearm while under felony indictment.  Judge Trauger first summarized Bruen and its doctrinal framework.  She observed that: The modern world is different from the world […]

The Perils of Independent Judicial Analysis of Historical Sources

The Bruen majority writes that “[t]he job of judges is not to resolve historical questions in the abstract” (emphasis added).  Rather, the legal inquiry is distinct from traditional historical study in that it demands answers even when history may not speak clearly and relies on adversarial presentation to resolve difficult historical questions.  In other words, […]

On January 11, the Supreme Court denied the emergency application filed in Antonyuk v. Nigrelli asking the Court to vacate the Second Circuit’s stay of District Judge Suddaby’s preliminary injunction decision striking down substantial portions of New York’s post-Bruen gun law (the application itself is summarized in more detail in our most recent SCOTUS Gun […]

Posted by Andrew Willinger on January 9, 2023

In Antonyuk v. Nigrelli (a challenge to New York’s post-Bruen gun law that we’ve covered here, here, here, and here), the plaintiffs’ application asking the Court to vacate the Second Circuit’s stay of the district court order striking down large portions of the law remains outstanding.  Meanwhile, opening briefs in the Second Circuit appeal are due today, […]

Scholarship Highlight: A New Perspective on the Initial Aggressor Doctrine

Posted by Andrew Willinger on January 5, 2023

In a new article forthcoming in the North Carolina Law Review, Cynthia Lee surveys the current state of the “initial aggressor” doctrine–under which an individual who initiates a violent confrontation loses the right to claim that he or she acted in self defense–and proposes several changes to the doctrine to discourage gun violence and ensure that […]

Posted by Andrew Willinger on January 3, 2023

The big news at SCOTUS on the Second Amendment front is that the plaintiffs in Antonyuk v. Nigrelli (a challenge to New York’s post-Bruen gun law that we’ve covered here, here, here, and here) have filed an application with the Supreme Court asking to vacate the Second Circuit’s decision to stay a district court order striking down […]

Posted by Andrew Willinger on December 29, 2022

The past year has been the busiest in the last decade, if not longer, for the field of firearms law.  After holding oral arguments in November 2021, the Supreme Court issued its first major Second Amendment decision in 12 years in New York State Rifle & Pistol Association v. Bruen on June 23, 2022.  Bruen […]

Posted by Andrew Willinger on December 28, 2022

Scholarship Highlight: Text, History, and Tradition on the Rise After Bruen?

Posted by Andrew Willinger on December 21, 2022

Some believe that Bruen decision may mark a larger shift toward historicism, and historical regulatory practice, in constitutional interpretation.  In an upcoming article in the Duke Journal of Constitutional Law and Public Policy, Clay Calvert and Mary-Rose Papandrea consider what the Court’s rejection of means-ends scrutiny in Bruen signals for other areas of constitutional law—namely, […]

Posted by Andrew Willinger on December 19, 2022

Posted by Andrew Willinger on December 16, 2022

On December 8, District Judge Jesse Furman of the Southern District of New York denied New York state’s motion for remand in New York v. Arm or Ally, LLC et al., a case brought by the state against manufacturers of “‘unfinished’ firearm frames and receivers that can be quickly and easily converted into functional firearms.”  […]

Litigation Highlight: Federal Judge Rejects Challenge to Oregon’s Ballot Measure 114, but the Measure is Enjoined by a State Court

Posted by Andrew Willinger on December 14, 2022

On December 6, a federal judge in the District of Oregon denied a motion for a TRO and preliminary injunction of Oregon’s Ballot Measure 114, a ballot initiative that narrowly passed in the November election.  Measure 114 enacts a permit-to-purchase requirement, mandates safety training, fingerprinting, and a criminal background check to obtain a gun permit, […]

Posted by Andrew Willinger on December 12, 2022

The petition in Baldea, a pro se challenge to New York’s denial of a concealed-carry license application under the pre-Bruen “proper cause” standard, was denied on December 5.  Not surprisingly, given that we are still less than 5 months out from the Bruen decision, most of the action continues to occur at the lower levels of the federal court […]

Posted by Andrew Willinger on December 9, 2022

On December 1, Judge Roger Benitez[1] of the Southern District of California ruled in Miller v. Bonta that a challenge by gun dealers and gun-rights advocacy groups to the fee-shifting provision in California’s new firearms law is not moot, and permitted the lawsuit to proceed.  California passed S.B. 1327 on July 22.  The law is […]

Posted by Andrew Willinger on December 8, 2022

The most recent responses to Marquette Law School’s Supreme Court poll, which ran from November 15-22, indicated that 64% of respondents favored or somewhat favored a Supreme Court decision holding “that the 2nd Amendment right to ‘keep and bear arms’ protects the right to carry a gun outside the home.”  19% of respondents somewhat opposed […]

Posted by Andrew Willinger on December 5, 2022

On November 2, an Ohio state trial court judge granted a preliminary injunction of the state’s firearms preemption statute, in a lawsuit brought by the city of Columbus.  Ohio’s “firearms uniformity law” was amended in 2018, over the governor’s veto, to both preempt additional municipal actions that might “interfere with the fundamental individual right” protected […]

Posted by Andrew Willinger on November 30, 2022

On November 16, the Third Circuit Court of Appeals issued a per curiam, precedential opinion in Range v. Attorney General, applying Bruen to a challenge to the federal felon-in-possession law, 18 U.S.C. § 922(g)(1).  The case was brought by an individual convicted of making false statements when applying for a welfare benefit, a misdemeanor under […]

Posted by Andrew Willinger on November 28, 2022

There are a few updates on the Supreme Court front this week.  Baldea, a pro se challenge to New York’s denial of a concealed-carry license application under the pre-Bruen “proper cause” standard, is set to be considered at the Court’s December 2nd conference.  We’ve also added another case to the tracker:  Greco v. Platkin, a Fourth Amendment […]

Posted by Andrew Willinger on November 18, 2022

On November 7, Judge Glenn Suddaby of the Northern District of New York issued a 184-page opinion granting in part and denying in part the plaintiffs’ motion for a preliminary injunction of New York’s post-Bruen gun regulations in Antonyuk v. Hochul.[1]  Judge Suddaby previously analyzed the same plaintiffs’ likelihood of success on these claims in […]